Thrivent member Relay For Life teams brought together 350 participants – including 70 survivors – on 36 teams across the country, raising more than $126,000 for cancer awareness and surpassing last year's total. This success highlights the ongoing commitment to finding cures for cancer and the generosity of Thrivent members, just like you.

Linda Huffman's life has been touched by cancer at almost every turn. The Dupont, Washington, member and volunteer lost her 5-year-old brother to leukemia, her father to lymphosarcoma, and her mother is a skin cancer survivor. Her best friend's son was diagnosed with cancer at 18 months old and is now a thriving, healthy adult. To celebrate his well-being, and in honor of those lost, Linda really stepped up her involvement in supporting the American Cancer Society (ACS).

Linda, and the Cat in the Hat Relay For Life team, named after her friend's son's favorite book, just completed this summer's relay. "Thrivent was behind us 100 percent," says Linda. "They helped us recruit team members and gave us a Thrivent Action Team $250 Community Impact Card that was used for silent auction items. We turned that $250 into $650 – and it was all donated to the ACS. It's just such a positive weekend!"

"To know there is hope in combating this awful illness and that people are out here making a difference, it's so positive." – Linda Huffman, Thrivent member and Relay For Life participant

Linda says she gets back tenfold what she puts in. "To know there is hope in combating this awful illness and that people are out here making a difference, it's so positive," Linda says. Linda counted her blessings as she walked the survivor lap with her 92-year-old mother.

Linda and Jesse McAdam, a Thrivent professional in Lakewood, Washington, have teamed up again to co-captain a Northwest Region relay team next year. Their goal is to expand the team and raise even more money for cancer research.

Sherryl Adair, a Thrivent Financial professional in Kirkland, Washington, has a strong personal connection to fighting cancer: Connie Hogue, her assistant and close friend, lost her husband to stage 4 lung cancer in 2015. That heartbreak ignited her passion for Relay For Life and she's never looked back.

The Cascade West Group, which included members Sherryl and Thrivent Financial professional Camille Adair-Hatch, raised the most of any Thrivent team this past year – $34,603. The success of the team on the track was aided by the Thrivent Member Network – Northwest Region, who helped support and promote the event.

But the fundraising didn't stop with the donations for walking. The team also sold several high-end gift baskets and Mariners tickets. And on the day of the relay, the Cascade West Group sold 300 hot dog lunches prepared by a professional chef. The food was donated and all the proceeds went to ACS. "It was a Wow! for us. Next year, we're going to sell 500!" Sherryl says.

Supporting cancer research throughout the year

Sherryl takes every opportunity to raise awareness about cancer. She attended the kickoff of the Seattle Seahawks-ACS partnership in August 2018 and promoted sunscreen at the Seahawks training camp.

In December, Sherryl and her family will host an annual Christmas open house, donating a dollar for every decorated luminary bag brought by attendees.

The Cascade West Group also donates a dollar to ACS for every "like" on their Facebook page in the months of April and May.

Make tracks in your community for cancer research 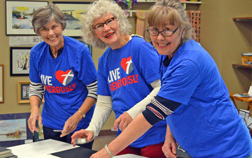 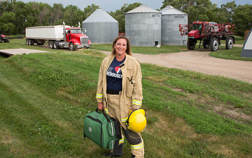 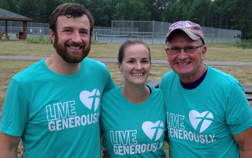 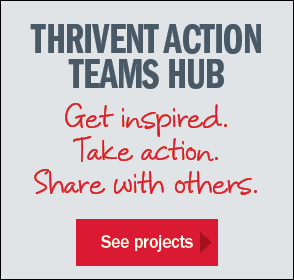