It is an honor

On a wall of polished black granite in Washington, D.C., 58,000 names are inscribed. The inscriptions honor service members who gave their lives during the Vietnam War, and of those who remain missing. The wall is one of several war memorials millions of people visit each year.

But many veterans who would like to experience this act of remembrance are not able to finance a trip or fly alone. That's where Honor Flights come in.

Created to honor America's veterans for their service while they are still with us, the Honor Flight Network transports American veterans to our nation's capital – at no cost to the vets – to thank them for their dedication and sacrifices.

A wall that heals

All it took was reading a magazine article about Honor Flights for Bill and Evonne Williams to know where to put their energy. The two were inspired to start an Honor Flight hub in their home state of Nebraska. Patriot Productions flew seven WWII and two Korean Honor Flights before evolving into a nonprofit organization. Since 2007, the organization has flown almost 3,500 veterans from different wars to see the memorials.

"When you see the vets viewing the wall for the first time, it's a humbling experience. It cuts to the soul," says Bill.

A veteran's flight with Patriot Productions can spark the soul to heal – even decades later. One Vietnam veteran told Bill after a flight, "I used to have such horrible nightmares, I couldn't sleep. But since the homecoming at the airport, I sleep eight hours a night. That homecoming showed me that we were supported after all."

"I used to have such horrible nightmares, I couldn’t sleep. But since the homecoming at the airport, I sleep eight hours a night." – Vietnam veteran

Patriotic Productions made a flight in September 2018 that made history: the first-ever Nebraska female veterans flight. The 135 veterans ranged in age from 27 to 98 and represented WWII and the Korean, Vietnam, Gulf, Iraq and Afghanistan wars. This flight also included a very special guest: Loretta Swit, best known as Major Margaret Houlihan in the TV series "M*A*S*H*."

"Not only did we take female veterans, but the whole flight crew was female – the support staff, flight attendants, pilots and media personnel," Bill says with pride and excitement. "They toured the women's memorial and witnessed the changing of the guard at the Tomb of the Unknowns." In the evening, the women were welcomed home in Omaha by one of the largest groups yet: 2,000 well-wishers.

Mary, a Thrivent member from Escanaba, Michigan, has a story that is common among U.S. families of soldiers. Her husband left Vietnam, but Vietnam did not leave him. He suffered from post-traumatic stress disorder and their children witnessed his severe flashbacks over the years. At the age of 52, he died of lung cancer as a result of being exposed to Agent Orange.

Three years ago, Mary was able to visit the Vietnam Memorial. "It was very, very emotional," she recalls. "I was so affected by the vets who were there – so somber as they examined the names on the wall. That is the moment I knew where to focus my generosity."

"I was so affected by the vets who were there. That is the moment I knew where to focus my generosity." – Mary, Thrivent member

Mary now puts her money where her heart is. She gives financial support to her local Honor Flight organization, so other people can have the life-changing experience she did.

Find out more about issues veterans face and make a difference in your own way – by putting your money where your heart is. Thrivent members can help veteran-focused organizations in several ways: 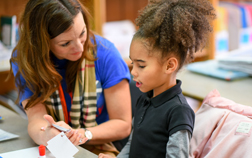 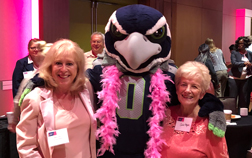 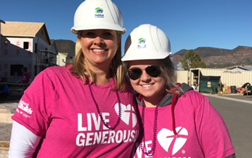