An elderly man shivers under multiple sweaters rather than turn on the heat. A child does homework by candlelight because her family can't afford electricity. While the situations may differ, the cause is the same: energy poverty.

For Jason Edens, director of the Rural Renewable Energy Alliance (RREAL), it's a problem he has personal experience with. "When I was growing up, my family was on energy assistance," he explains. "We were one of the hundreds of thousands of rural families that depended on it to stay safe and warm through the winter."

Government assistance is vital, but it isn't a long-term solution. "Energy assistance is only available on a yearly basis," says Edens. "With RREAL, we want to make lasting changes that really empower rural families and communities."

RREAL, a Backus, Minnesota-based nonprofit, works to make solar energy accessible to all. It takes a multipronged approach that involves community education and job training, in addition to its design and build services. Since its founding in 2000, RREAL has built solar power systems, domestically and abroad, to give thousands of people access to affordable, reliable energy.

One of RREAL's biggest projects to date took Edens and his team halfway around the world. Known as PV for Phebe, the effort brought solar electric, or photovoltaic, energy to Phebe Hospital and School of Nursing in Phebe, Liberia. The rural facility serves an area of nearly 500,000 people. In 2014, Phebe was the site of the country's first Ebola diagnosis.

"Phebe was running on diesel generators," Edens says. "It used more than 90,000 gallons of diesel annually. At an average $4.50 a gallon, this meant it was paying more than $400,000 every year just to keep the lights on." To make matters worse, diesel prices routinely rose and fell without warning, leaving the cash-strapped hospital struggling to make long-term plans.

Those weren't the only challenges. In poor weather, fuel deliveries were often impossible. The hospital was also forced to shut down its generators periodically to conserve fuel and funds. Both scenarios were detrimental to providing consistent, quality medical care.

"Only 2 percent of the population in Liberia has access to electricity."

Members of the Women of the Evangelical Lutheran Church of America (ELCA) in northeast Minnesota alerted RREAL to the hospital's pressing energy needs, and a life-changing partnership was born. After several years of outreach, fundraising and consultation, RREAL and the ELCA team installed a solar microgrid at the hospital in spring 2017. The array is expected to save Phebe 75% on annual fuel costs and pay back installation costs in five years.

Bonnie Stevens and her husband, David, are just two of the numerous Thrivent members who've directed Choice Dollars® to RREAL. As treasurer of the Northeastern Minnesota Women of the ELCA, Stevens saw the Thrivent Choice® program as a way to enhance the giving she was already doing.

"It was wonderful to be able to direct Choice Dollars as an alternate means of funding solar power for the hospital," she says. Stevens also appreciated the opportunity to give to a local organization. "RREAL is just a few miles north of where I live, and I enjoy being involved in their projects."

For Edens, the Thrivent Choice charitable granting program signals a new enthusiasm for sustainable energy in rural communities. "We're grateful for the support Thrivent and its members have provided through Thrivent Choice," he says. "Individuals directing Choice Dollars® and making personal donations show we're generating interest on a grassroots level, which is very exciting."

Due to the success of PV for Phebe, RREAL created Skip the Grid, an initiative focused on bringing solar power to hospitals and other critical infrastructure in West Africa. Through that project, RREAL is now working with Curran Hospital in Zorzor, Liberia, to install a large solar electric system. "Only 2 percent of the population in Liberia has access to electricity," Edens says. "In these situations, our model of rural electrification can have an enormous positive impact."

Each year, eligible Thrivent members can recommend where some of Thrivent's charitable funds go. See how Thrivent Choice® gives members an opportunity to support causes all around the world. 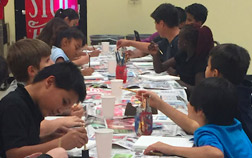 An umbrella of hope 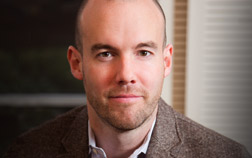 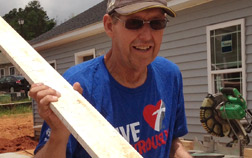