As executive director of Food For The Poor, Thrivent member Angel Aloma has helped build the Coconut Creek, Florida, nonprofit into one of the 100 largest charitable organizations in the United States.

Food For The Poor brings more than meals to impoverished people throughout Latin America and the Caribbean. Aloma's organization also provides water, shelter and other emergency relief.

Aloma learned early on, though, that not all emergency relief arrives on a cargo ship or plane. One of Aloma's numerous stories is of a mission tour he led in Nicaragua some years back. There he met a man in his early 50s who was picking through a garbage dump, looking for items he could sell. Aloma struck up a conversation only to discover the man's livelihood had relied on picking through garbage since he was 12 years old. When Aloma asked about the future, the man replied, "I have lost the capacity to dream."

A chance to serve

Born in Cuba and raised primarily in Jamaica, Aloma worked for many years as a high school teacher. "I loved teaching," he recalls. Aloma pictured himself living out his days in the classroom. But a friend, Food For The Poor president and co-founder Robin Mahfood, recruited Aloma, recognizing how valuable his skills and attributes would be to the organization.

Aloma had worked earlier in his career as a bank auditor, which made him comfortable with financials and budgeting. And with his teaching experience, Mahfood believed Aloma would be a nurturing leader the growing organization would need.

"God doesn't choose the prepared. He prepares the chosen."

"I was having my doubts," Aloma recalls. "Then my oldest son said to me, 'Dad, you're 50 years old. You have always wanted to save the world. Now you actually have the chance to go do it.'"

Aloma became Food For The Poor's communications leader and chief fundraiser. "I was terrified at first," he recalls, feeling overwhelmed by the responsibility of helping manage 150 people. (Food For The Poor now employs 340.) "Then a very wise lady said to me, 'God doesn't choose the prepared. He prepares the chosen.'"

Laying groundwork for the future

One of Aloma's early roles was promoting Food For The Poor and its work. "I really enjoyed spreading the mission," he says. "I think the vineyard is so large where poverty is concerned, and the workers are so few. It's wonderful to work with organizations that are also laborers in that vineyard."

One of those organizations was Thrivent, which hosted lunches in Aloma's area so he could talk about Food For The Poor's goals and accomplishments. He found attendees open to his message. In time, Aloma became a Thrivent member.

"I feel so safe with it," Aloma says of his Thrivent investment plan. "I think I'm going to live to be 100, so I'm going to ride out whatever happens," he says laughing.

Aloma's attitude toward money is intertwined with his philosophy of servant leadership. There's a line from Hebrew Scripture that Aloma cites: "Without a dream, the people will perish." A devotion to renewing the capacity of people to dream may be the chief reason why Angel Aloma shares so liberally his time and talents.

Eligible Thrivent members can support the work of Food For The Poor by directing Choice Dollars® or applying to lead a Thrivent Action Team.

Not a member or don't have Choice Dollars® to direct? You can support Food For The Poor by making a personal donation. And learn more about Thrivent and what makes us different. 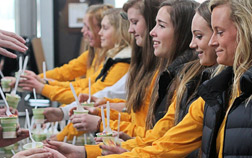 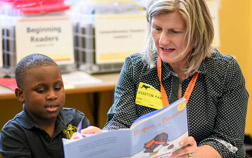 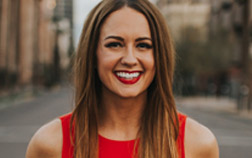